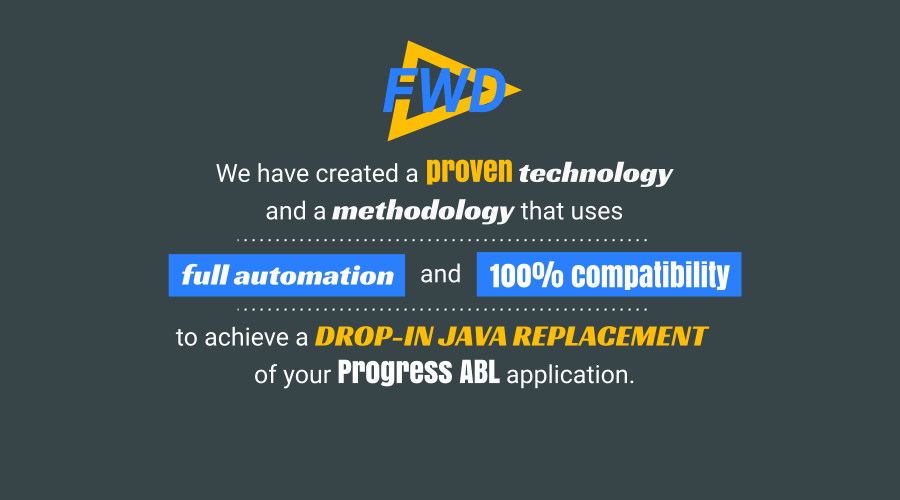 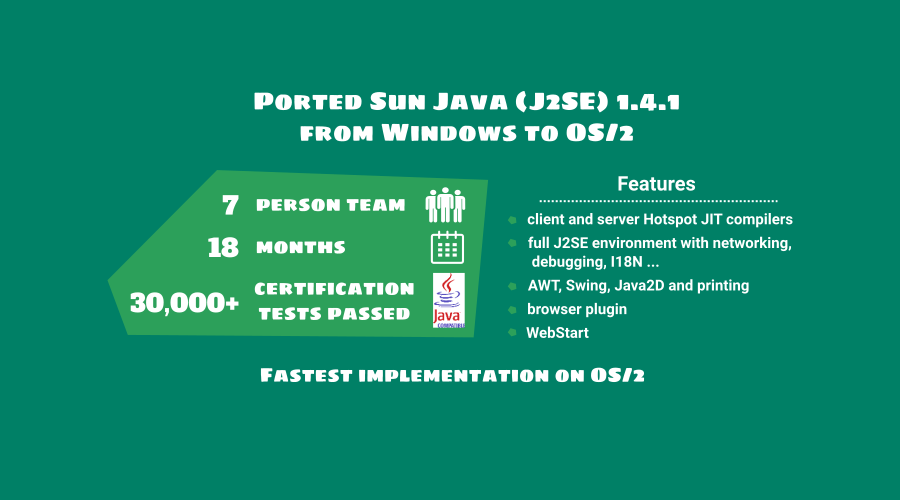 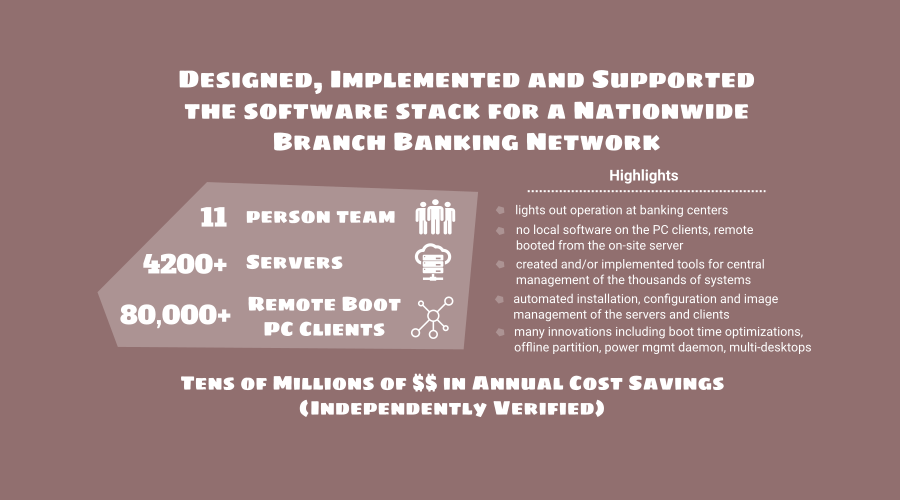 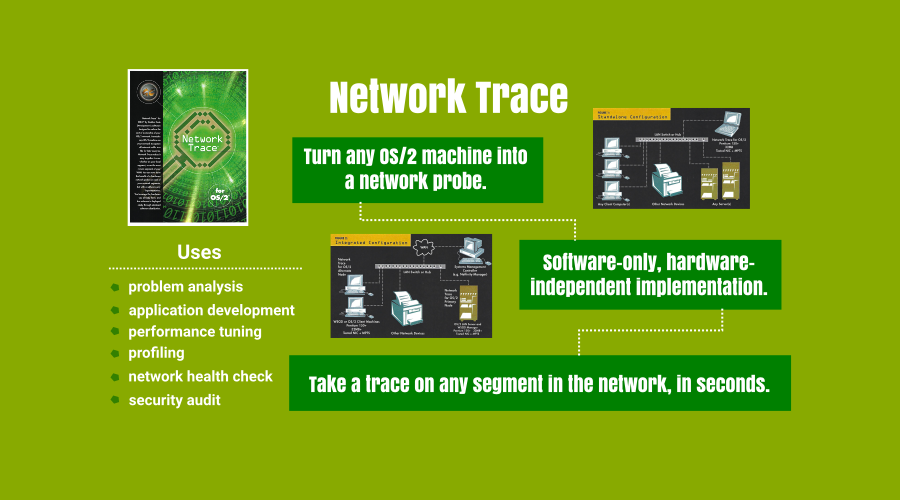 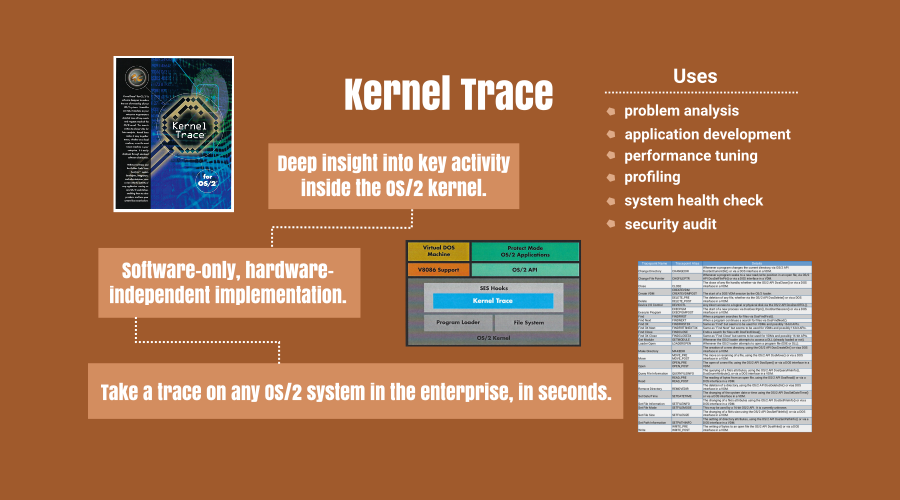 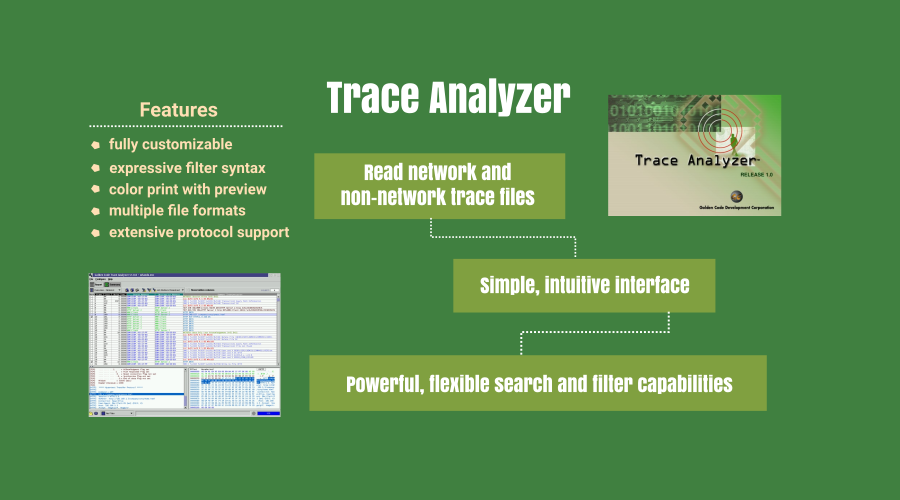 Previous Next
The Early Days:  Systems Integration, Enterprise OS/2
For over 6 years in the 1990s and early 2000s, our team was at the core of Bank of America's systems integration group, designing, implementing, and supporting the software stack for the bank's nationwide retail branch banking network.  Our consulting team had the technical leadership and oversight of the design and development of the distributed LAN system image deployed at over 4,200 sites and servers and on 80,000 client workstations.  We provided Level 3 support on a year round basis (24 hours a day, 365 days a year).

As part of our engagement, we were deeply involved in shepherding the bank's retail branch software stack through several major mergers and acquisitions.  This included NationsBank's merger with Bank of America, as well as a number of regional acquisitions.

We leveraged server-managed client technology, implementing and supporting the first major and perhaps the largest ever installation of IBM's Workspace On-Demand product.  This engagement helped Bank of America achieve a massive reduction in the total cost of ownership of these systems.  The savings were measured in the many tens of millions of dollars, as verified by independent audit.

It was kind of a big deal at the time:
Article:  Infoworld, April 18, 1998
Article:  Sm@rtReseller, April 1, 1998
OS/2 Infrastructure and Java Development
Golden Code Development has developed operating system sub-systems, device drivers, virtual machines, libraries, compilers and languages.  Many of our early projects and products were created in support of our systems integration business.  These included a comprehensive security subsystem for OS/2 and a network and system trace suite.  The latter is comprised of network and system trace capture tools for OS/2 and a graphical protocol analysis tool implemented in Java.

Learn more about Network Trace, Kernel Trace, Trace Analyzer
A New Millenium:  Porting Sun's Java Virtual Machine
In the early 2000s, Golden Code Development licensed the Java Compatibility Kit (JCK) from Sun Microsystems.  With a seven person team, we ported Java 2, Standard Edition, release 1.4.1 from Windows to OS/2.  The resulting port passed the 30,000+ tests of the JCK, which allowed our port to achieve the licensed branding of "Java Compatible".  This implementation was widely considered the fastest implementation of its kind.

Learn more »
Today:  Progress Conversion, Modernization
Since 2004, we have focused on helping clients analyze, refactor, transform, and modernize their Progress ABL applications.  To achieve this, we created the FWD project, a fully automated conversion technology and runtime environment that lets you bring your Progress applications and data to an entirely new, modern, technology stack.  Golden Code Development is the only organization ever to deliver a drop-in replacement for a Progress ABL environment.  And now, we've open sourced it!

Learn more »
Learn about our services »